Last month, I did a balloon twisting workshop. It was quite a different from all other free balloon twisting workshops that I have done in the past.
First of all, this workshop was a part of a much broader program run by the public school where my son is happy to study. I want to say many thanks to all of the educators and a very special thanks to principal Pat Carney and kindergarten teacher Jen Hartley - they make the school a very special place where my kid loves to be. Under the parents involvement program, parents of students may sign up for every Friday of the school year to teach a class of kids. Every Friday a parent comes in to read aloud books, do craft projects and so on. Well, as you may have guessed, one Friday I came to school to teach the kids how to make balloon animals. I came with my trusted assistant, my daughter, Anastasia. She is a college student now. She worked with me at almost all free balloon twisting workshops in the past, teaching thousands of  New Yorkers to twist balloons. She could do it alone. Though it's always better to work with someone - together we have more fun.

The kindergarten teacher Jen introduced Anastasia and me to the class of kids.
I have established my own routine developed through previously run balloon twisting workshops. This routine I follow most of the times. After short greetings I explain rules to follow.
We never put balloons in mouth. Keep balloons away from faces.
We use air pumps to inflate balloons.

I told kids that any one who is afraid of balloons should get behind of me. I had a plan to play with those kids some games with balloons, make them to pop indestructible bubbles and then teach them balloon twisting. Sure enough, after short silent pause, one child and then many more decided they were going to be afraid of balloons! Thanks to teacher Jen - she used some real magic to quickly restore order - no one is scared of balloons any more...ta-da!!

Every one will get 3 balloons (I chose colors) to start with. Later I may give more balloons.
First I will show what and how to do. Then students will try to make it. I help along the way.

For this workshop I brought a dozen air pumps,  a bag of baby blue balloons, a bag of pink balloons and 2 bags of mixed colors balloons. While I was explaining the rules, I distributed air pumps and gave 3 balloons to each kid. I let kids to chose between pink and blue balloons only (to avoid chaos) and keep in mind: no one is ever allowed to dig in my bag of balloons!
Then we split the class on two groups of kids. Anastasia worked with one group and I worked with the other.

I discussed with Anastasia what balloon sculptures we will teach at the workshop. How to make each balloon sculpture or in what order to make them is always left for each of us to decide on the spot.


I made sure every kid in my group had one fully inflated balloon before we start making balloon sculptures. Some kids were able to even tie the balloons on their own. For some kids I have to inflate balloons and tie them. Then I made a three fold hat. It takes time for kids to make the same hat. While they were working on the hat, I was making more of the same hats. This way kids can see how it's done over and over again. Also, I was planning to use my spare hats as a substitute to those balloons that inadvertently pop. 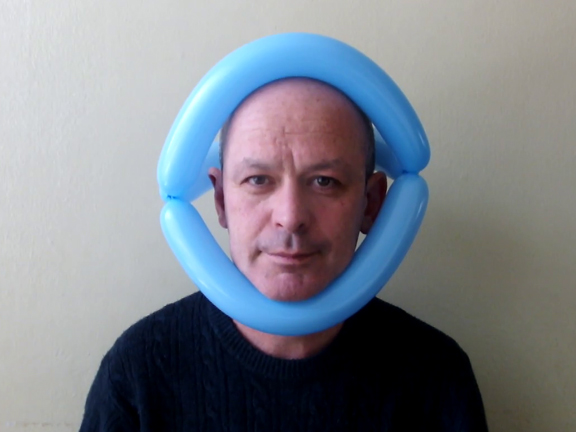 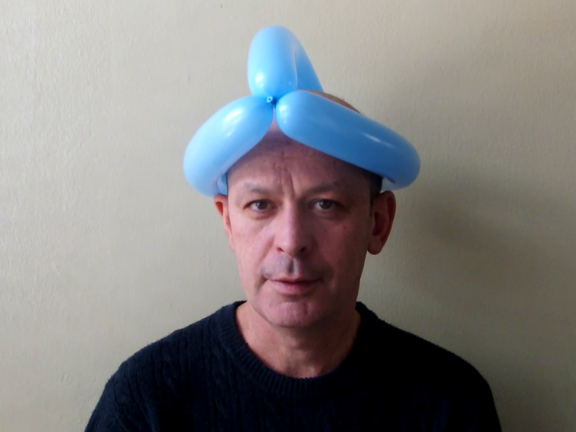 After every kid in my group made a three fold hat, I asked them to make one more hat.
Then I showed them how to make a three petals flower from the hat. 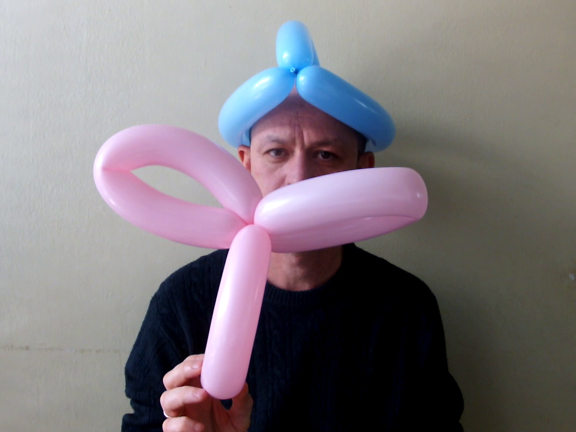 Some kids were quick enough to adapt the flower as a bunny bracelet. 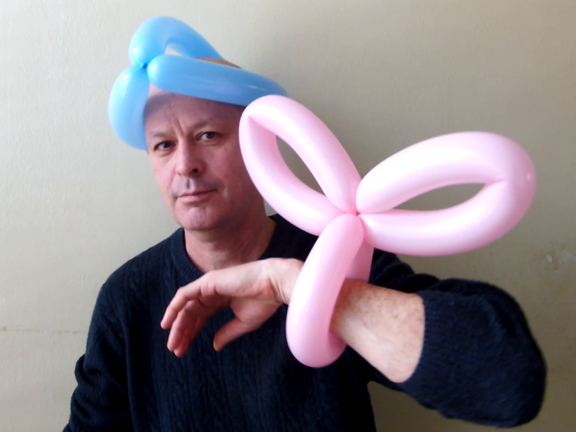 I asked kids to attach the flower to the hat. 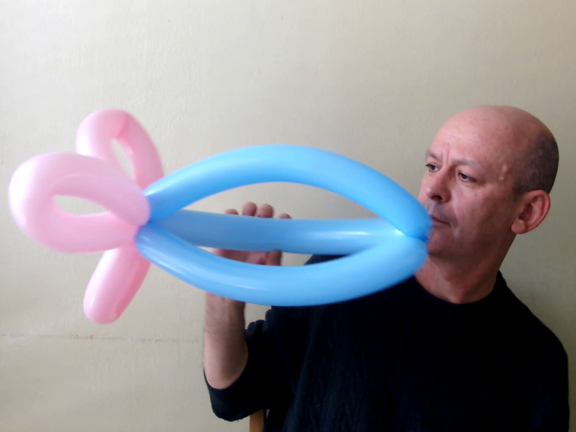 Then we made another hat and turned it into the flower. From here some kids chose to make 6 petals flower. 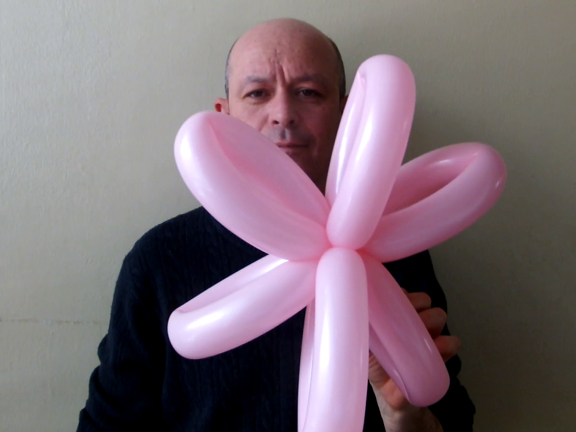 Some kids used the 6 petals flower to make a star. 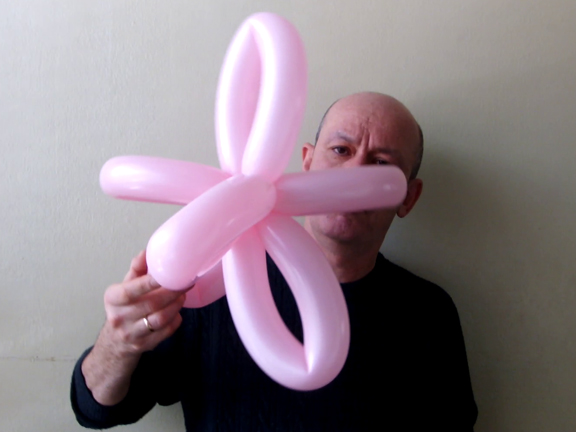 Some kids made a hat with 2 flowers. 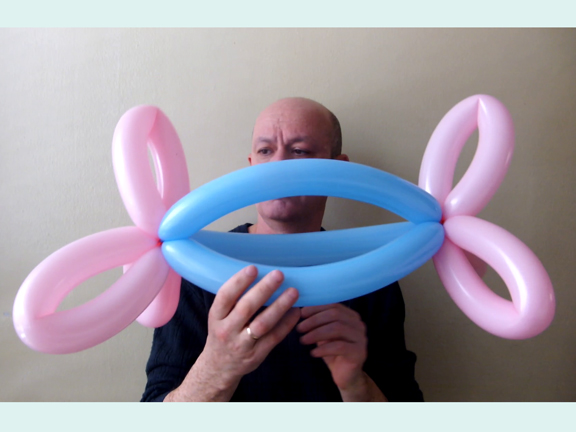 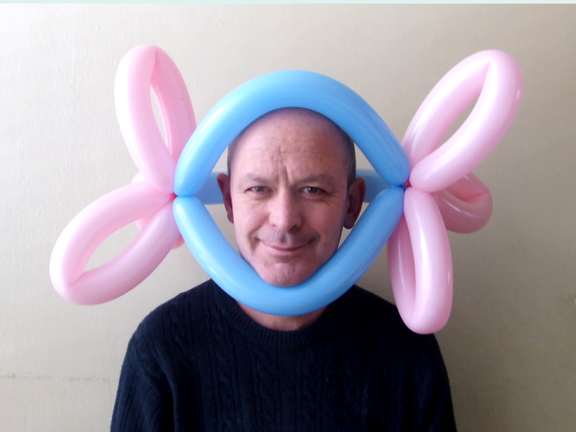 I showed kids how to turn the hat with 2 flowers to a 9 pointed star. We can use a star instead of a ball to play games. 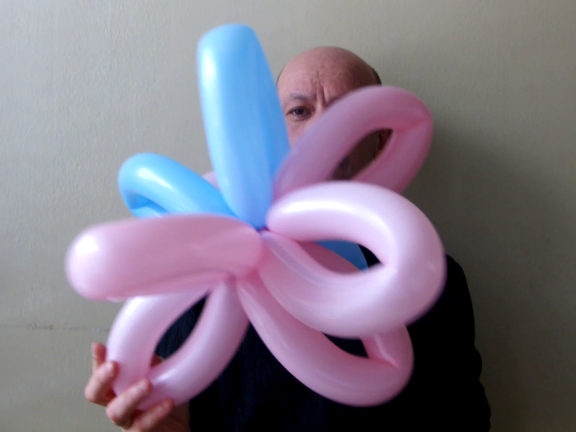 And sure enough, some kids made flower on a stem with leaves. 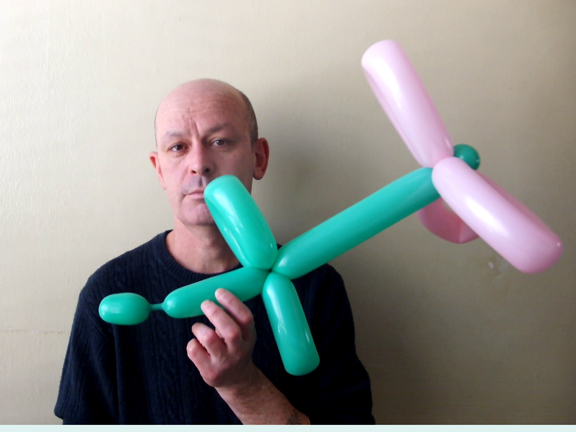 I saw kids in Anastasia's group were making swords. In my group were only girls -  who did not have time for swords :) 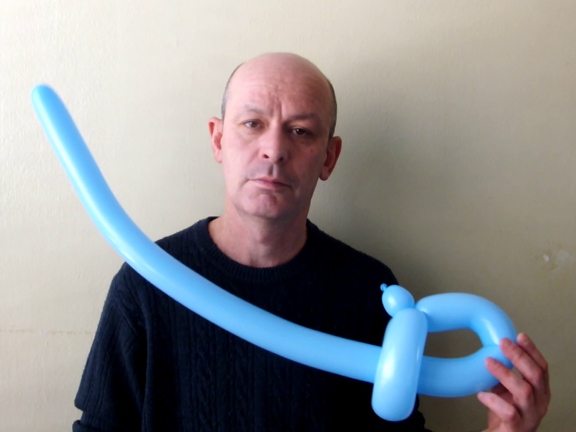 As you may have noticed, we were making basically the same three fold balloon sculptures through this workshop. The major goal was to introduce kids to the balloon twisting art. I think that repeating the same moves, but making visually different balloon sculptures is the right way to go at the beginning. By sharing skills and knowledge with kids we teach them to be kind. There were kids making balloons for themselves and there were some kids making balloons for their little siblings and parents. Sharing and making other people happy is the nature of art! Have fun and happy twisting :)

Posted by Michael Langerman at 6:19 AM
Email ThisBlogThis!Share to TwitterShare to FacebookShare to Pinterest
Labels: balloon twisting workshop, games