How to make balloon snail

Materials: two balloons; an air pump and a permanent marker. 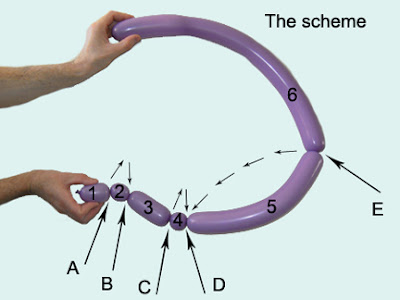 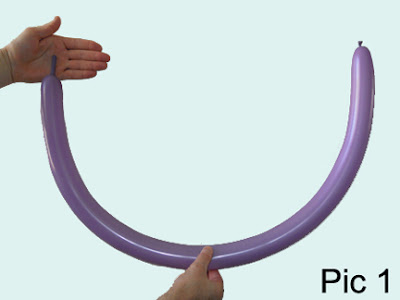 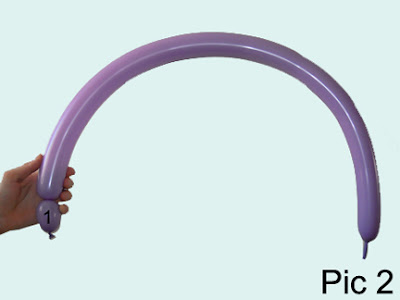 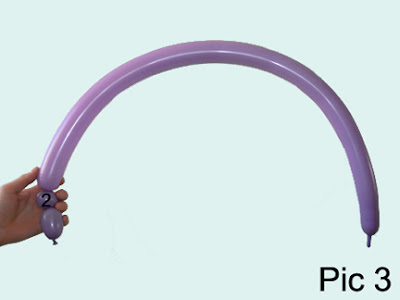 Lock both ends of the second bubble in one lock twist (Pic 4). This step is marked with arrows between points A and B on the scheme. 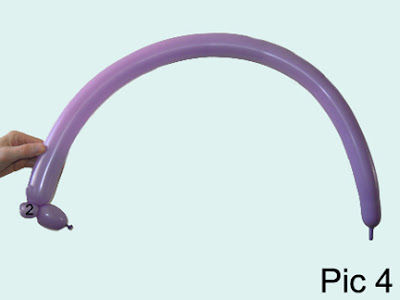 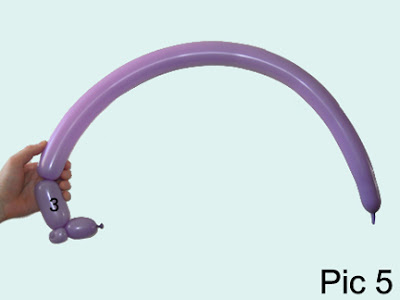 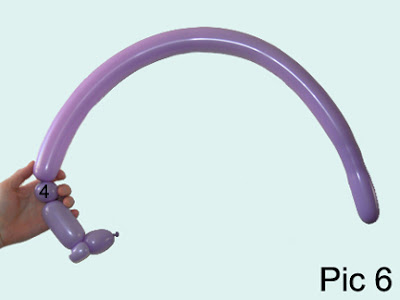 Lock both ends of the fourth bubble in one lock twist (Pic 7). This step is marked with arrows between points C and D on the scheme. 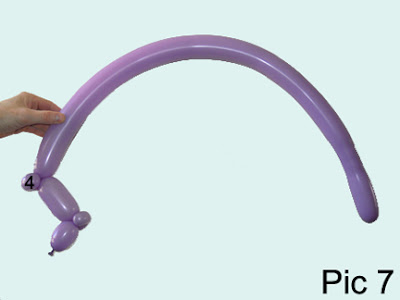 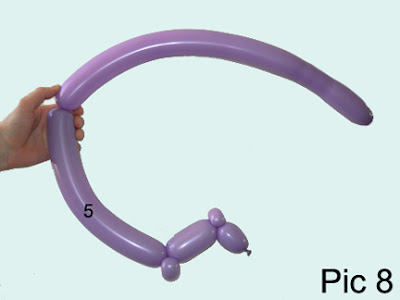 Lock both ends of the fifth bubble in one lock twist (Pic 9). This step is marked with arrows between
points E and D on the scheme. The rest of the balloon is the sixth bubble. 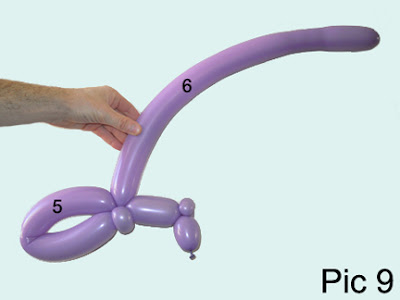 Hold the end of the balloon and roll the sixth bubble into a spiral (Pic 10 through 13). 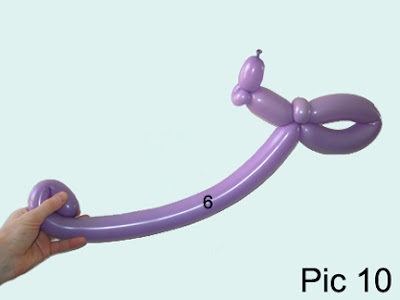 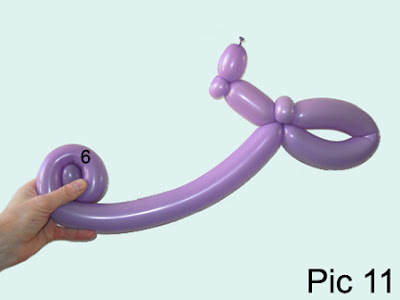 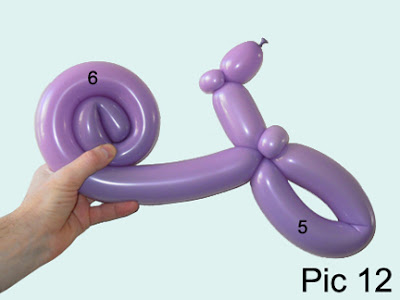 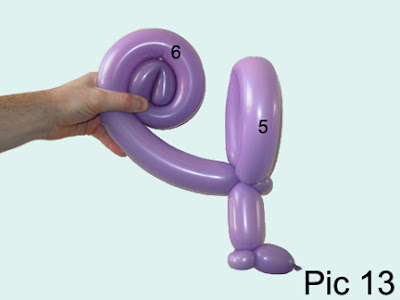 Keep hold on the spiral until you force and fix the spiral (the sixth bubble) into the loop of the fifth bubble (Pic 14 through 18). You have made the snail. 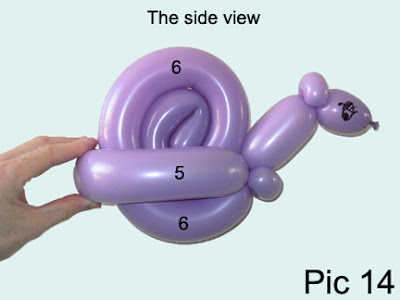 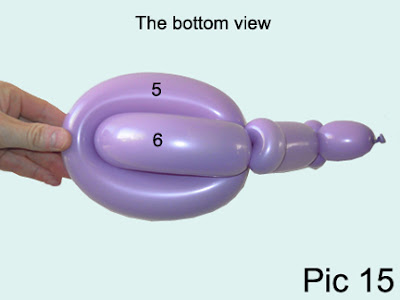 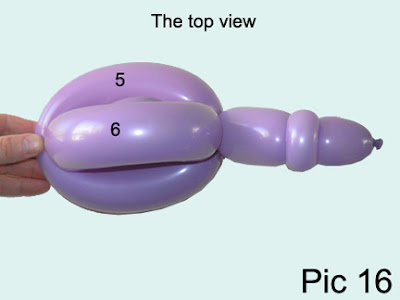 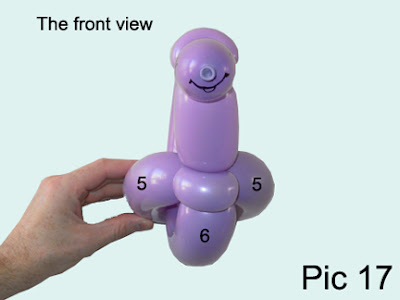 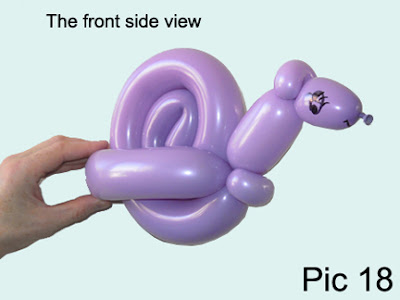 The snail would look better with antennas. Use a different color balloon to make antennas. Inflate one—inch pink bubble (Pic 19). 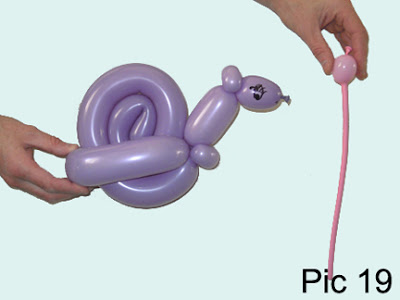 Split the pink bubble on two bubbles of the same size (Pic 20). Force the second pink bubble to the very end of the balloon (Pic 21). 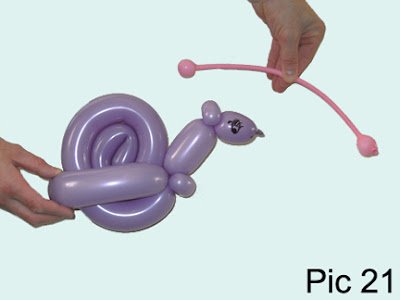 Tie a knot in the center of the pink balloon (Pic 22). The knot helps to keep the pink bubbles separated. 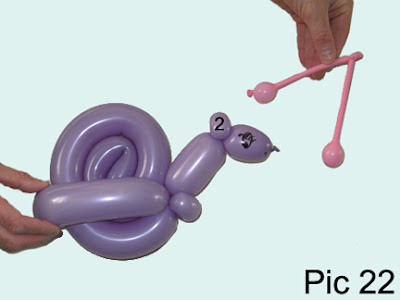 Lock the antennas between the second and the third purple bubbles (Pic 23 through 26). Congratulations, you have made the snail. Have fun and happy twisting :) 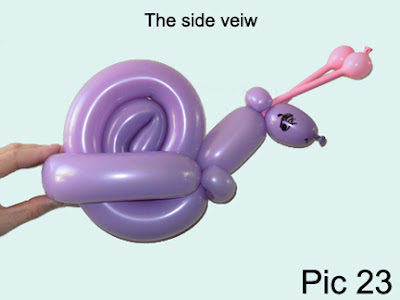 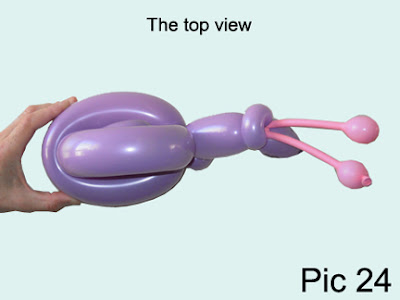 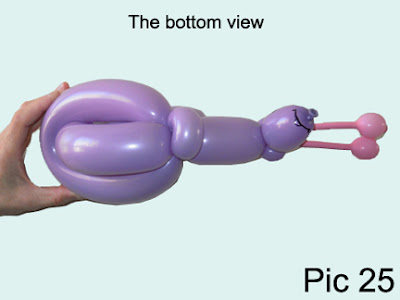 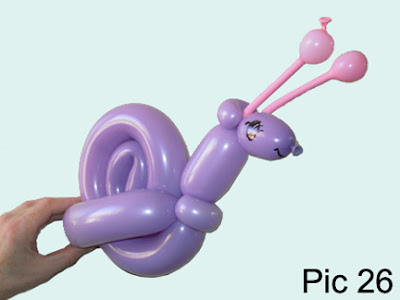