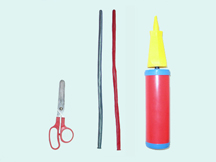 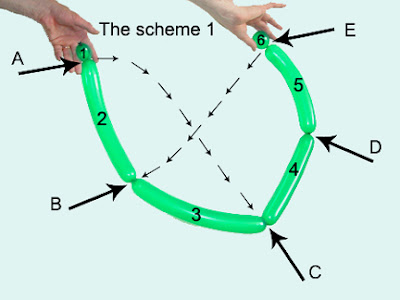 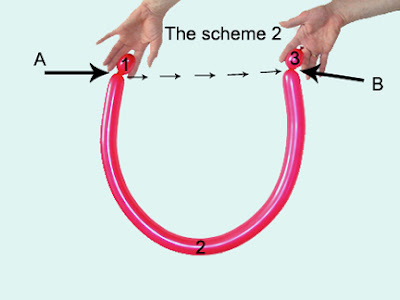 You have to make the basic three fold hat. Inflate a balloon leaving up to one inch flat tail or just make the balloon soft (Pic 1). 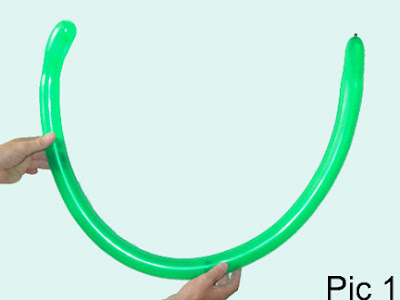 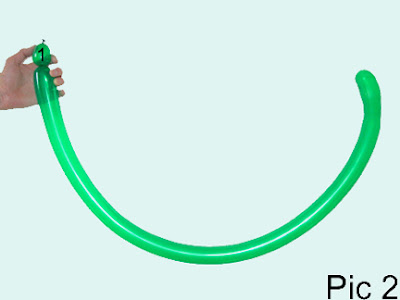 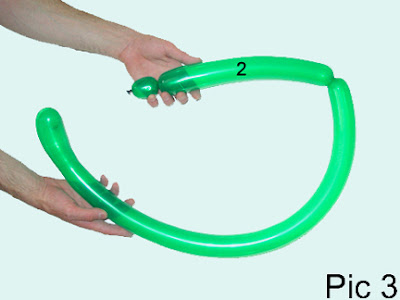 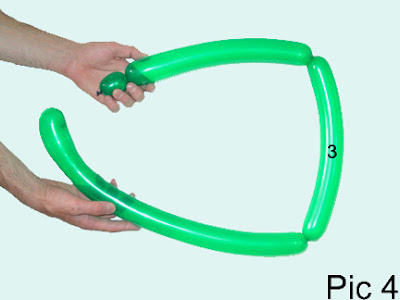 Lock both ends of the chain of the last two (the second and the third) bubbles in one lock twist (Pic 5). This step is marked with arrows between points A and C on the scheme 1. 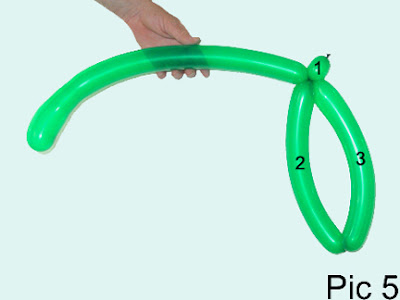 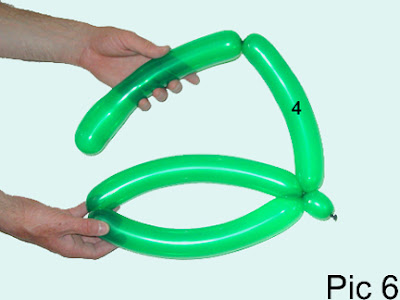 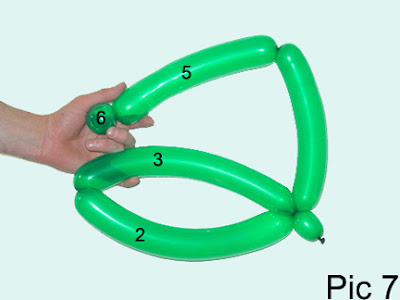 Lock the free end of the sixth bubble between the second and third bubbles (Pic 8). This step is marked with arrows between points B and E on the scheme 1. The rest of the balloon is the sixth bubble. It should be of the same size as the first bubble. 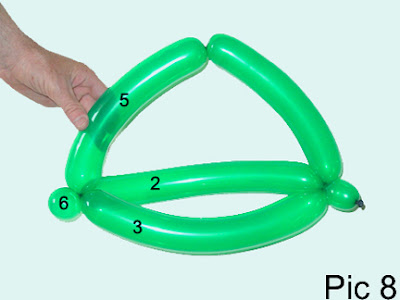 Inflate the second balloon leaving up to half inch flat tail (Pic 9). 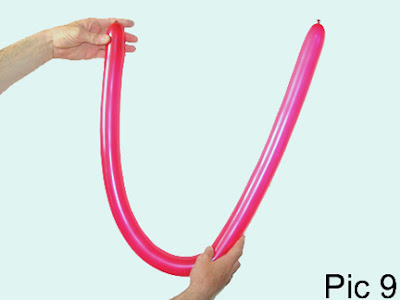 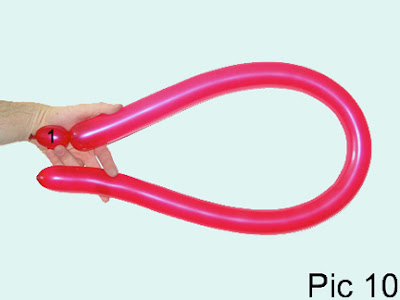 Twist the second bubble of any size but make sure to twist the third one—inch bubble at the end of the balloon (Pic 11). 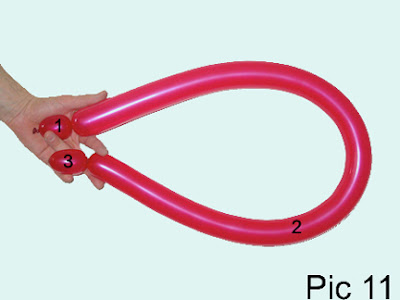 Lock both ends of the 2nd bubble in one lock twist (Pic 12). This step is marked with arrows between points A and B on the scheme 2. 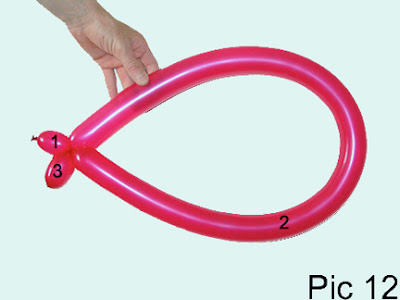 Lock the second bubble of the second balloon between the fourth and fifth bubbles (Point D on the scheme 1) of the first balloon (Pic 13 and 14). 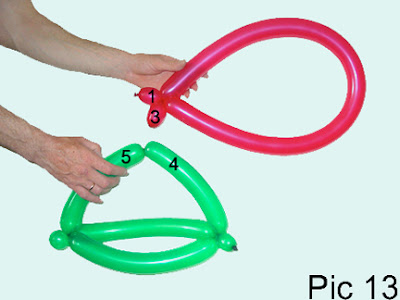 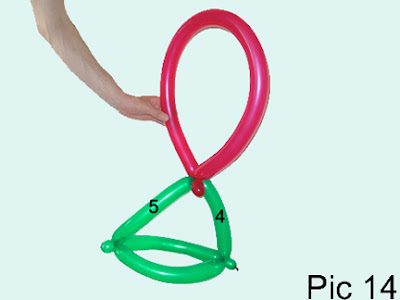 Congratulations, you have made the hat 6 with the target (Pic 15). You can wear it as it is or play games with it. Remember, we don’t throw balloons at people. It is dangerous. It may hurt. Place the hat-target on a table and try to hit it with a balloon stick from a distance. It is a fun game only if you play it safe. Have fun and happy twisting :) 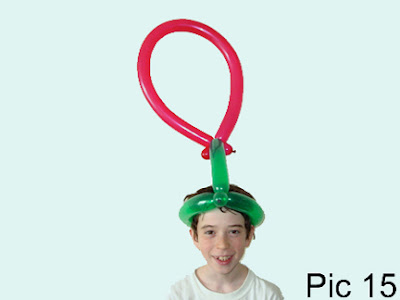 Posted by Michael Langerman at 11:56 AM
Email ThisBlogThis!Share to TwitterShare to FacebookShare to Pinterest
Labels: games, hat, target