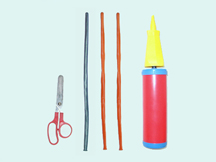 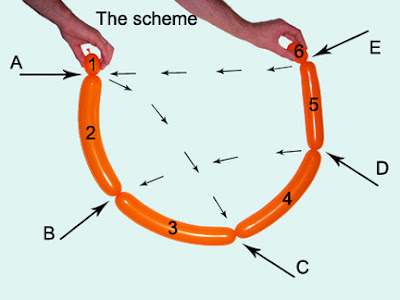 To make this pumpkin you have to make two hats! Inflate an orange balloon leaving one—inch flat tail (Pic 1). 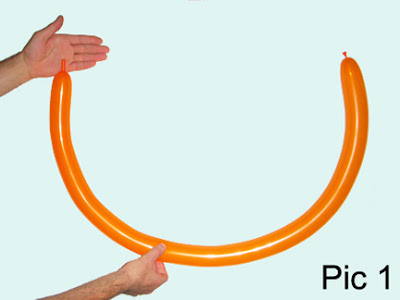 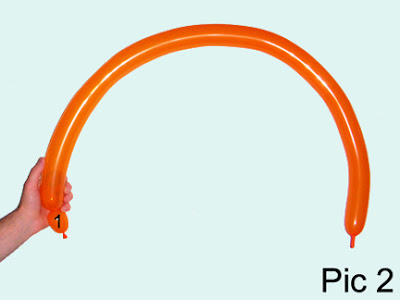 The next three bubbles you are going to twist of the same size and fold them in the bird body twist. Twist the second nine—inch bubble (Pic 3). 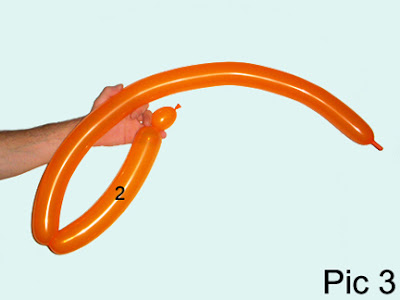 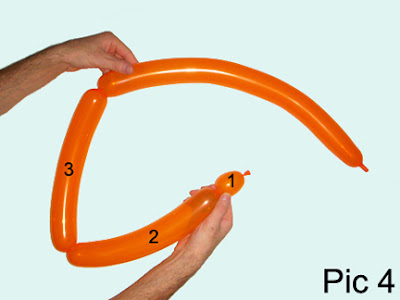 Lock both ends of the last two the second and the third) bubbles in one lock twist (Pic 5). This step is marked with arrows between points A and C on the scheme. 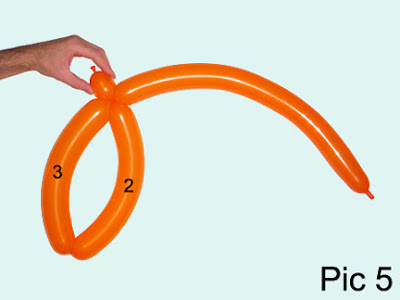 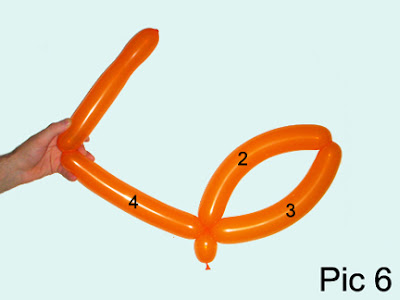 Lock the free end of the fourth bubble between the second and the third bubble (Pic 7). This step is marked with arrows between points D and B on the scheme. The rest of the balloon is the fifth bubble. You have made the hat. Well, this is a small size hat. 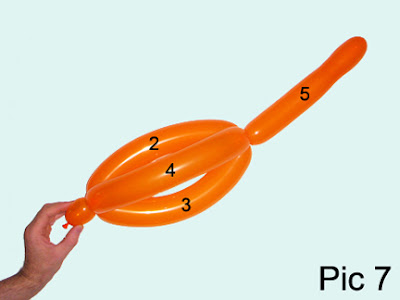 Use the second orange balloon to make the same hat (Pic 8). 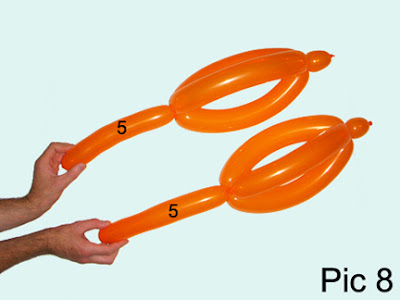 You have to attach both sculptures together. Lock the locked ends of both fifth bubbles (the point D on the scheme) in one lock twist (Pic 9). 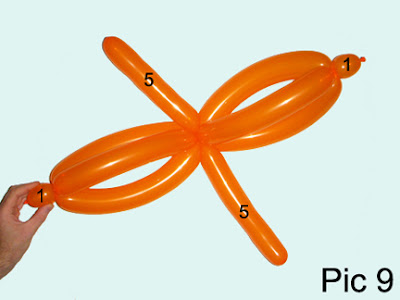 Lock the locked ends of both first bubbles (the point A on the scheme) in one lock twist. Twist the sixth two—inch bubble at the end of the balloon (Pic 10). 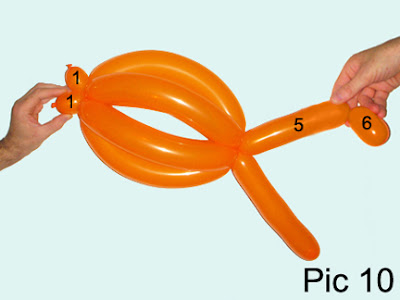 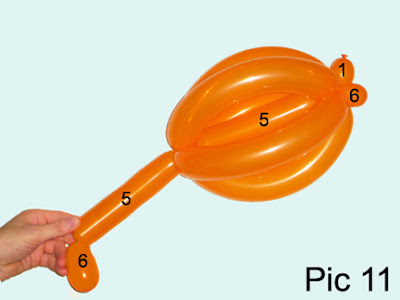 Or you can cut off the fifth bubble of the second balloon (Pic 12 and 13). The result would be almost the same looking pumpkins. You have made the pumpkin. 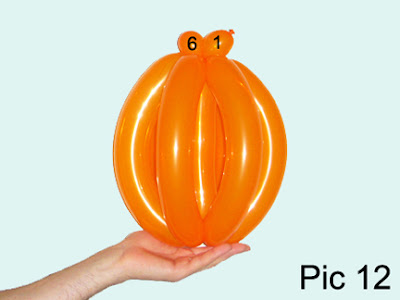 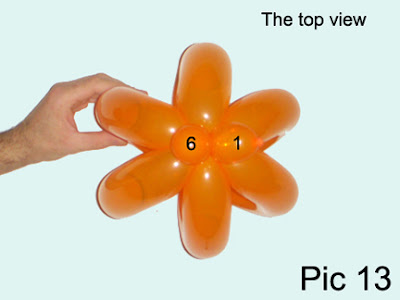 It will look better with leaves. Use a green balloon to make a three petals flower (Pic 14). 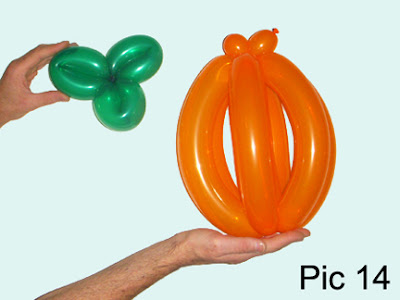 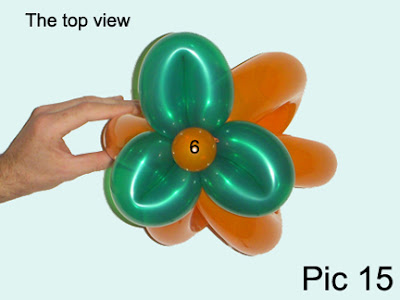 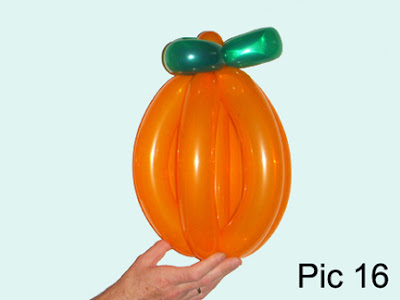