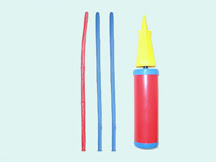 We are going to make a large wearable butterfly. Use two balloons of the same color to make the wings. Inflate a blue balloons leaving an half—inch flat tail (Pic 1). 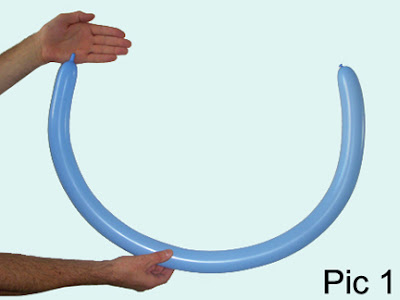 Twist the first one—inch bubble (Pic 2). The rest of the balloon is the second bubble. 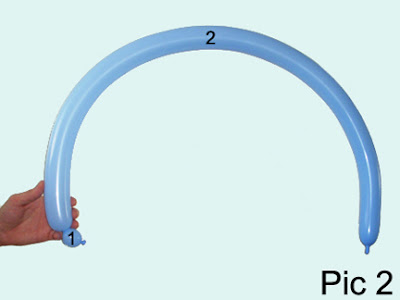 Lock both ends of the second bubble in one lock twist (Pic 3). You have made a wing. 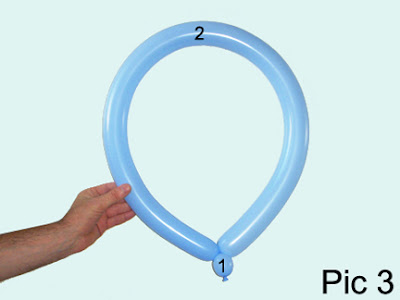 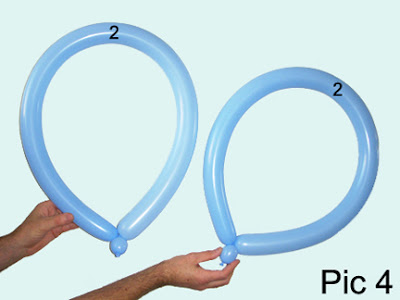 Lock the ends of the second bubbles of both wings together in one lock twist (Pic 5). You have made the wings. It looks as a digit 8. 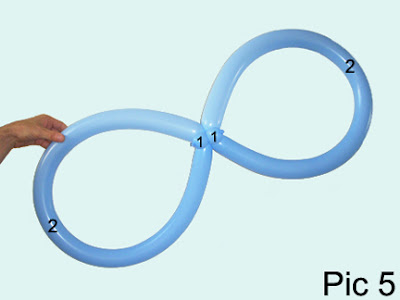 Now we are going to make a smaller size a digit 8. Inflate a red balloon leaving an half—inch flat tail (Pic 6). 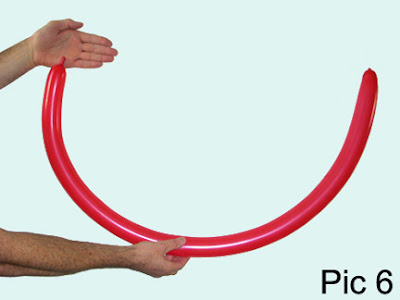 Tie both ends of the red balloon in a knot (Pic 7). 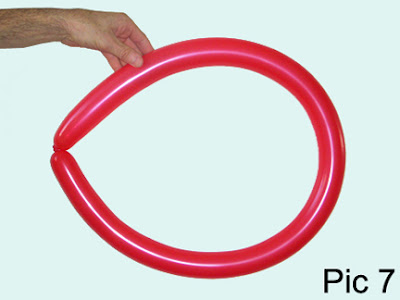 Find the middle of the balloon. Twist the balloon at this point to make two bubbles of the same size (Pic 8). 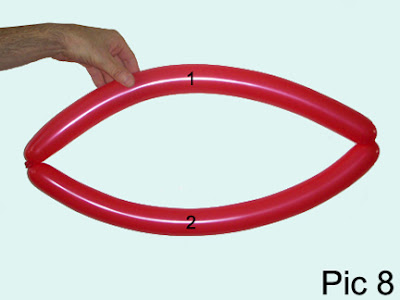 Lock both ends of the first (and the second) bubble in one lock twist (Pic 9). 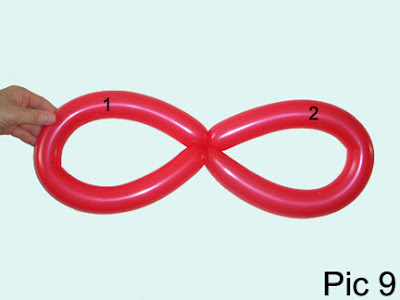 You have made the smaller size digit 8 (Pic 10). It can be used for different sculptures: as smaller size wings; petals of a flower and etc. Well, we are going to use it as a jacket! 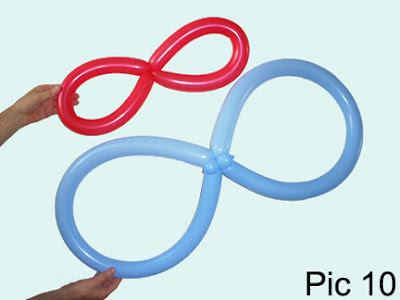 Lock the big (blue balloons) wings to the middle of the smaller (red balloon) wings (Pic 11 and 12). Congratulations, you have made the wearable wings. 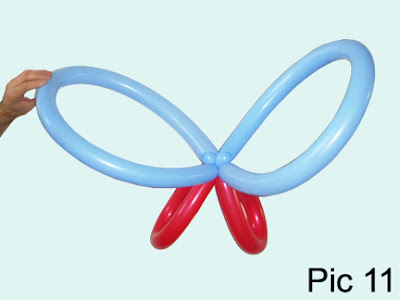 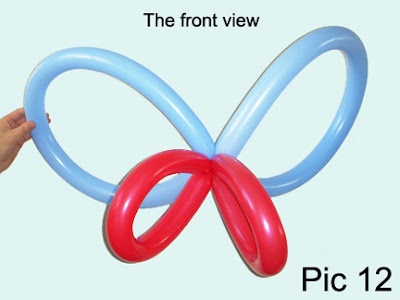 Use the small (red balloon) wings as a vest to dress a child (Pic 13 and 14). The small wings can fit any kid up to four feet tall. You may want to add a crown, hat-bug or some other hats to this costume. Have fun and happy twisting :) 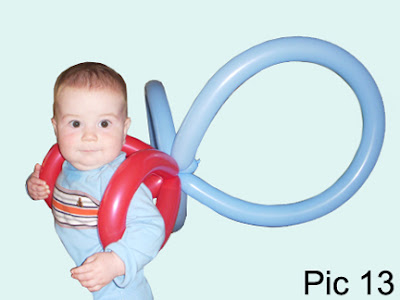 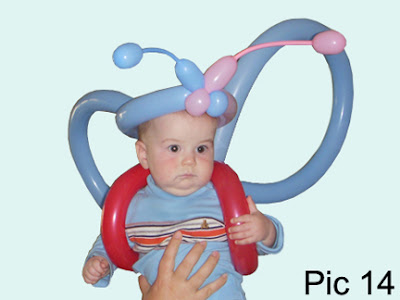 Posted by Michael Langerman at 9:03 AM
Email ThisBlogThis!Share to TwitterShare to FacebookShare to Pinterest
Labels: butterfly, insects