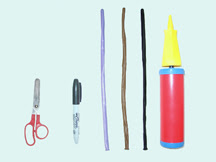 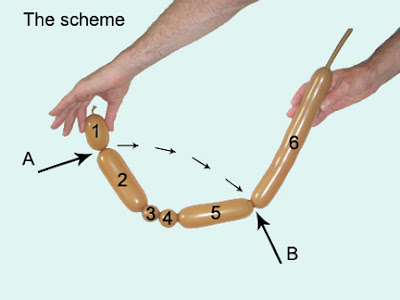 Inflate a balloon with a five—inch flat tail (Pic 1). 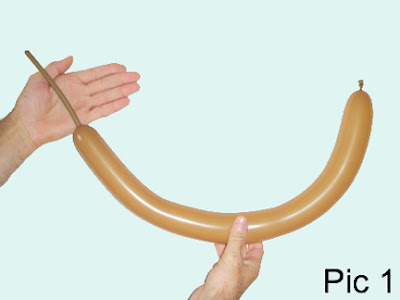 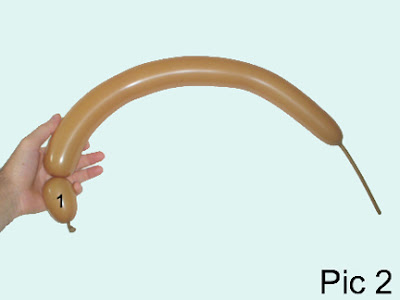 The next four bubbles you twist to make the arms. Twist the second five—inch bubble (Pic 3). 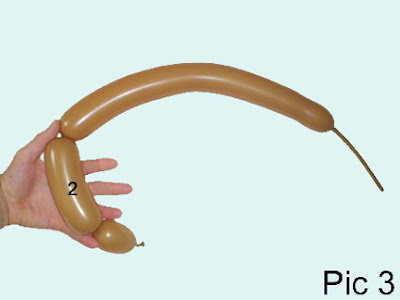 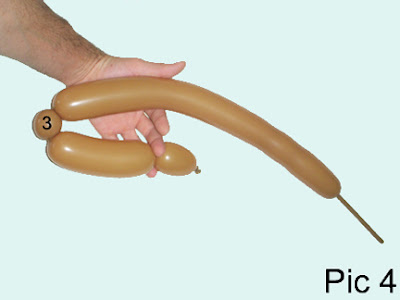 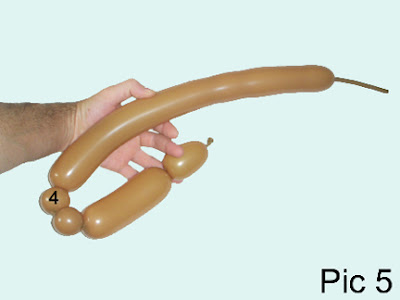 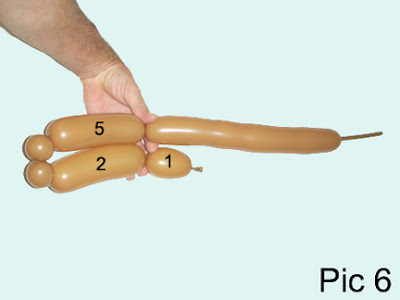 Lock both ends of the chain of the last four (the second through the fifth) bubbles in one lock twist (Pic 7). This step is marked with arrows between points A and B on the scheme. 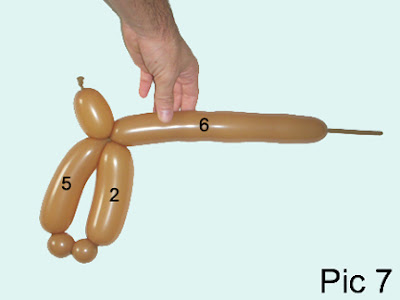 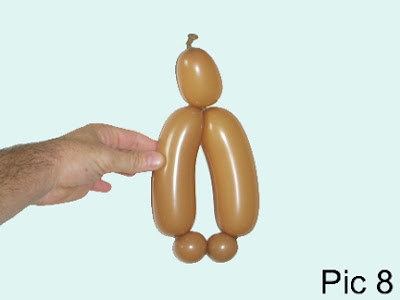 Attach the head to the body 8. Force the head (the first bubble of the brown balloon) between the first and the second bubbles of the body (Pic 9 through 11). 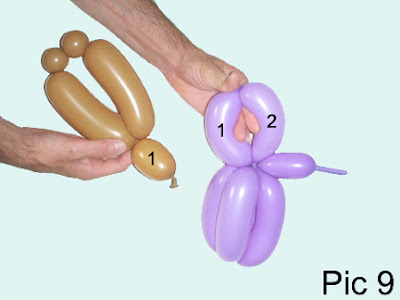 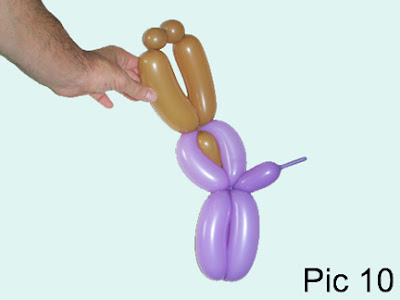 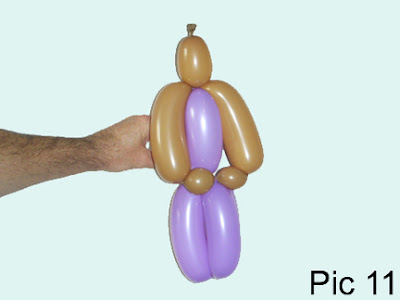 Use the black balloon to make hair. Inflate the balloon with a six—inch bubble (Pic 12). 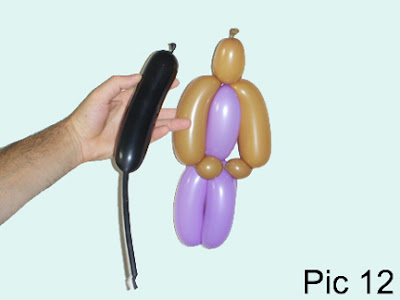 Attach the nozzle of the black balloon between the head and the body (Pic 13). 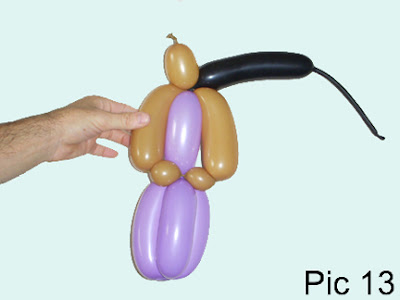 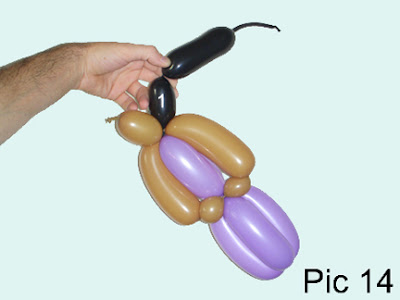 Lock the free end of the first bubble of the black balloon with the nozzle of the brown balloon (Pic 15). 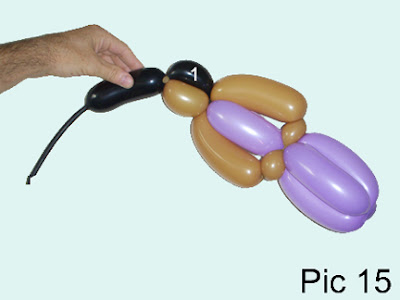 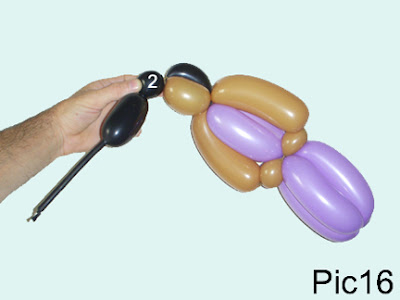 Lock both ends of the second bubble in one lock twist. Twist the third soft two—inch bubble (Pic 17). 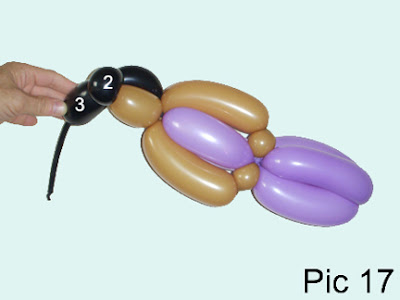 Lock the free end of the third bubble between the head and the body of the doll (Pic 18 and 19). 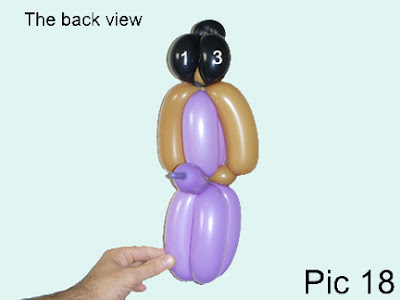 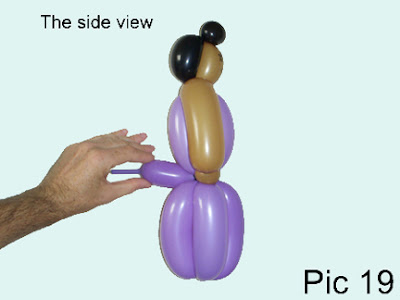 Cut off the rest of the black balloon. Use the permanent marker to draw the face of the doll (Pic 20). Congratulations, you have made the doll 4. Have fun and happy twisting :) 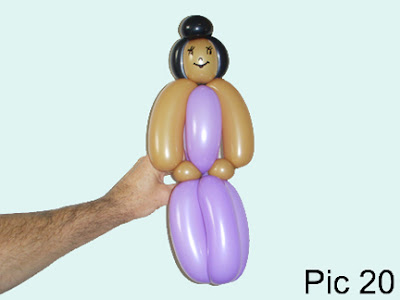 Posted by Michael Langerman at 12:39 PM
Email ThisBlogThis!Share to TwitterShare to FacebookShare to Pinterest
Labels: doll