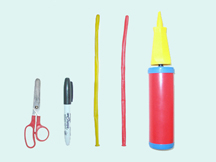 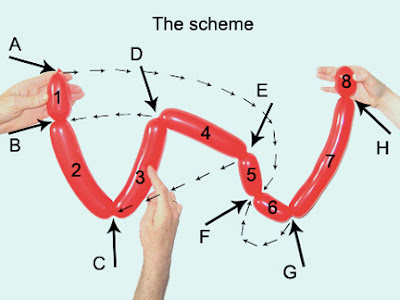 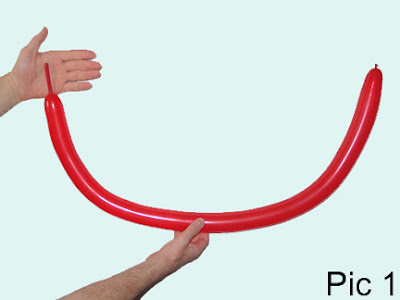 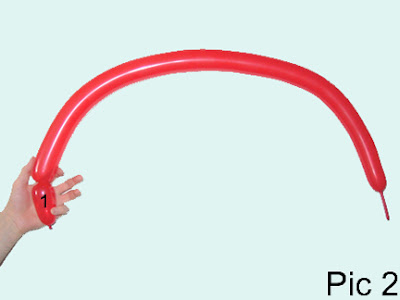 The next three bubbles you twist in the bird body twist/ fold. Twist the second six inch bubble (Pic 3). 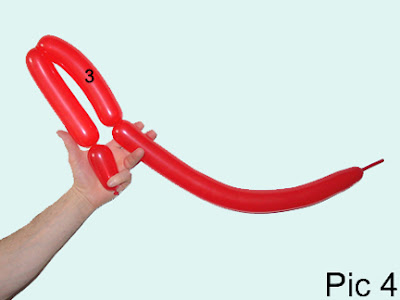 Lock both ends of the chain of the last two (the second and the third) bubbles in one lock twist (Pic 5). This step is marked with arrows between points B and D on the scheme. 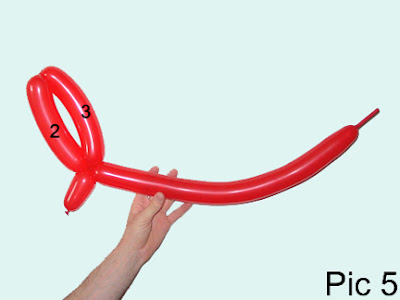 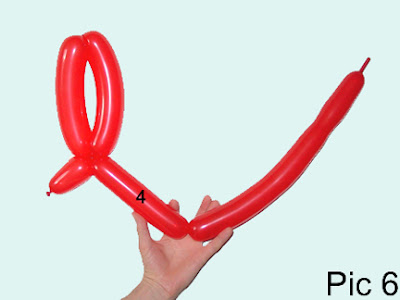 Lock the free end of the fourth bubble between the second and third bubbles (Pic 7). This step is marked with the arrows between point C and D on the scheme. 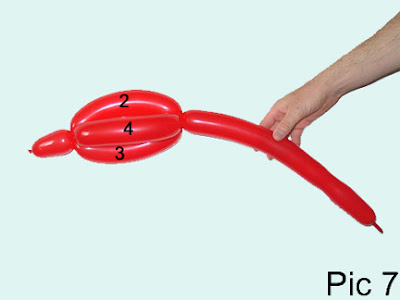 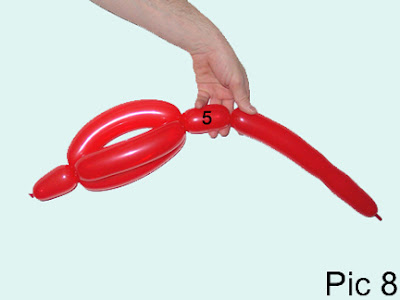 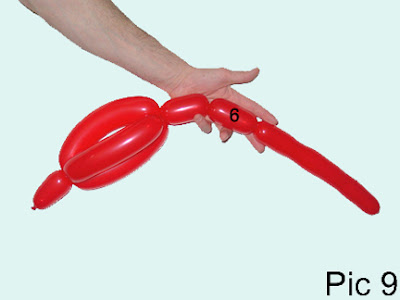 Lock both ends of the sixth bubble in one lock twist (Pic 10). This step is marked with arrows between points F and G on the scheme. This is the nose. 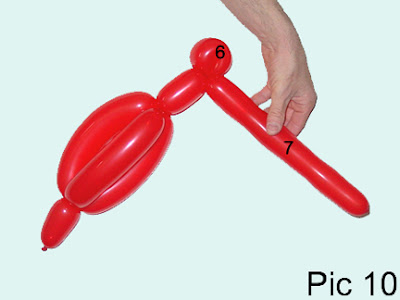 Lock the nozzle of the balloon around the sixth bubble (Pic 11 and 12). This step is marked with arrows between point A and F on the scheme. The rest of the balloon is the seventh bubble. It’s the neck. 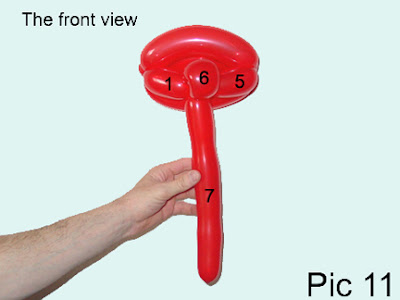 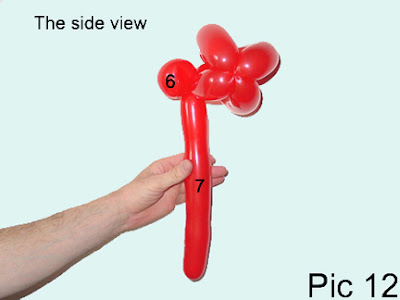 Force the seventh bubble between bubbles of the head (Pic 13 through 16). 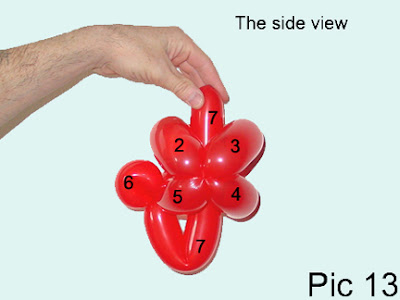 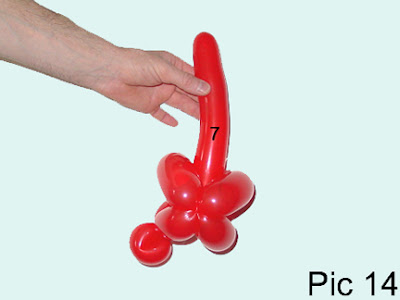 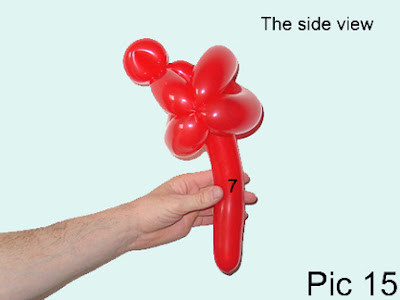 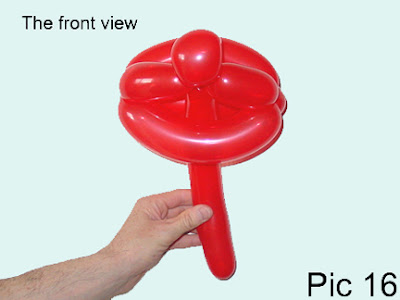 Use the second balloon to make the eyes. Inflate and tie off one soft three inch bubble (Pic 17). 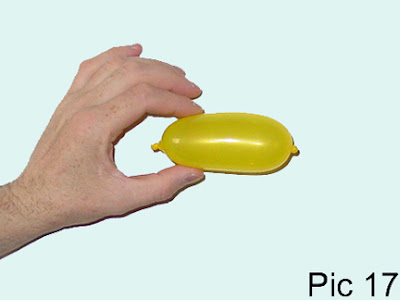 Cut off the rest of the balloon. Split this bubble on two bubbles of the same size (Pic 18). 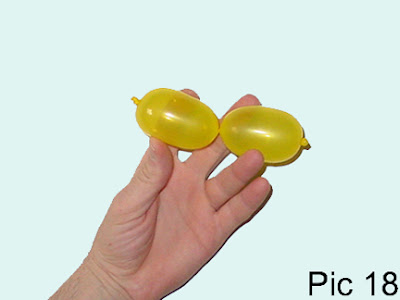 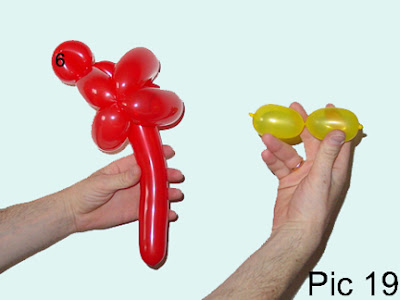 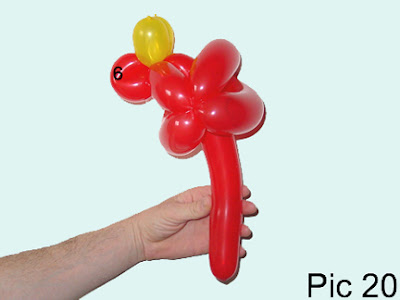 Use the permanent marker to draw the eyes (Pic 21). 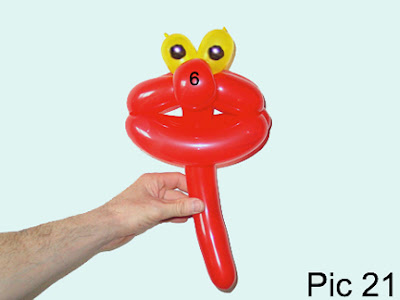 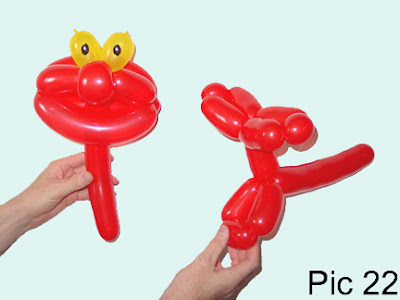 Twist the eighth bubble at the end of the neck bubble (Pic 23). 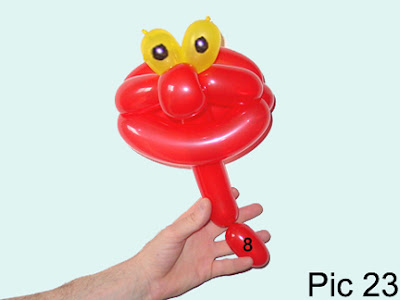 Lock the eighth bubble between the arms of the body (Pic 24). Congratulations, you have made Elmo. 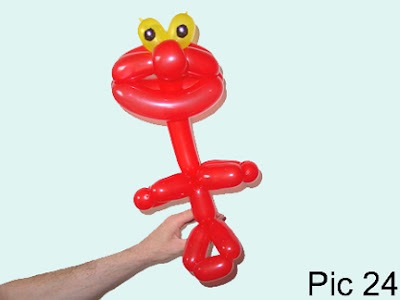 Use blue balloons to make the Cookie monster (Pic 25 and 26). Have fun and happy twisting :) 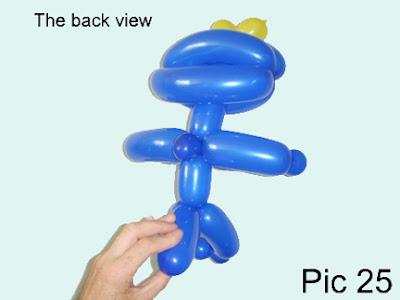 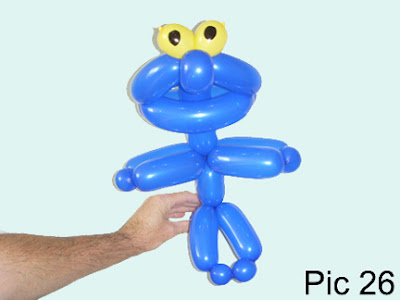