Materials: balloons: scissors and an air pump.
A couple weeks ago, YouTube user skj8100 asked me "Any tips on how to make specific flowers such as a lily, orchid etc..?" Well, I think my first respond (in comments to "Hat Rainbow Flower") to this question was a bit confusing. In the following example I made a different flower. Inflate a white balloon leaving about two-inch flat tail (Pic 1). 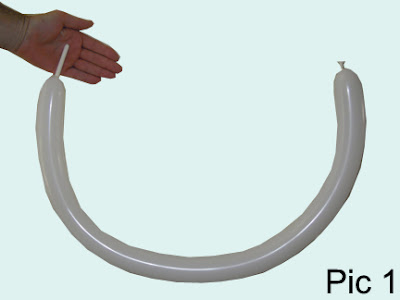 Twist the first and the second about six-inch bubbles (Pic 2). 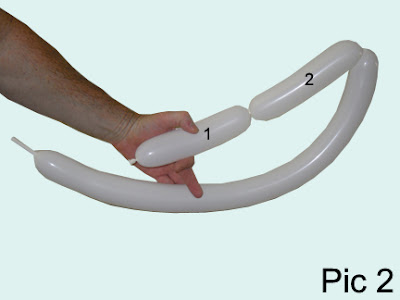 Lock both ends of the chain of the first two (the first and the second) bubbles in one lock twist (Pic 3). 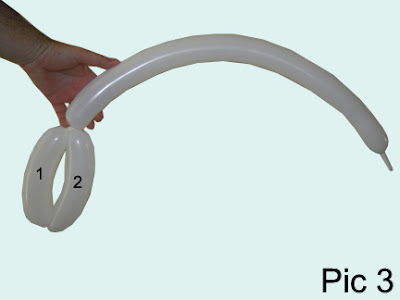 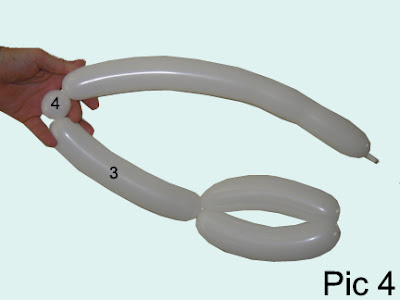 Lock both ends of the fourth bubble in one lock twist (Pic 5). It is the top of the flower. 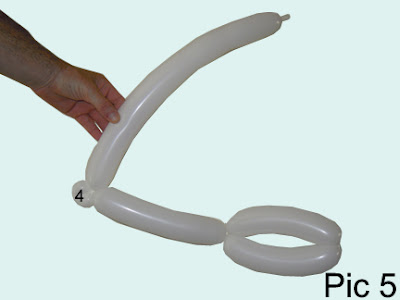 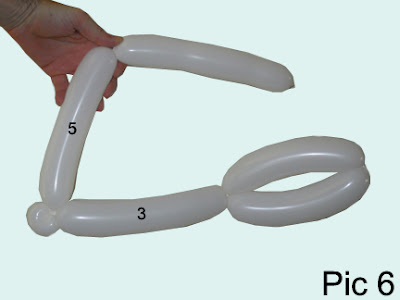 Lock both ends of the chain of the last three (the third through the fifth) bubbles in one lock twist (Pic 7). 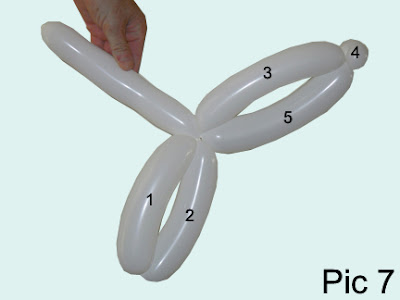 Lock the fourth bubble between the first and the second bubbles (Pic 8 through 10). 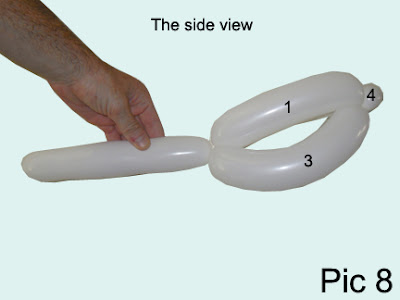 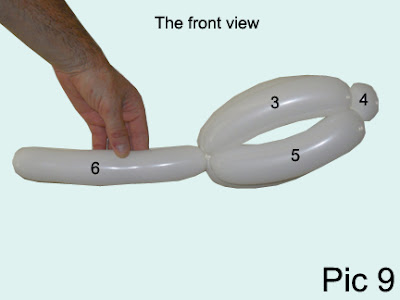 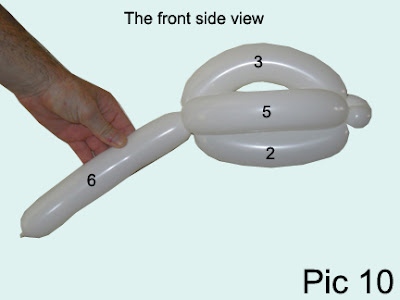 The rest of the balloon is the sixth bubble. Now it is the best time to attach the stem to the flower. Inflate a green balloon leaving up to one-inch bubble. Lock the nozzle of the green balloon at the base of the flower between white bubbles (Pic 11). 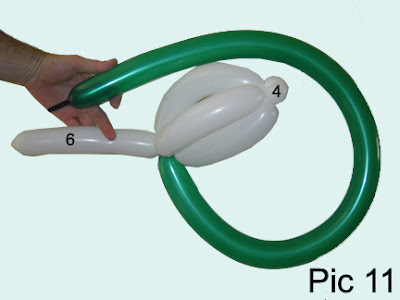 Lock the free end of the six white bubble at the top of the flower with the fourth white bubble (Pic 12 and 13). 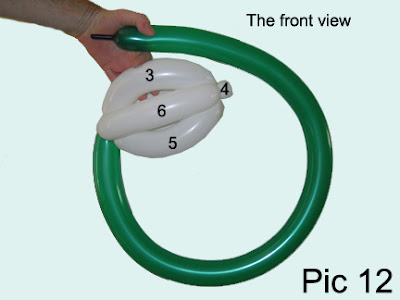 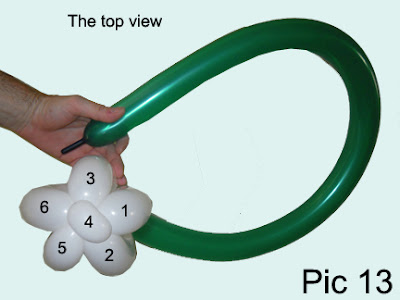 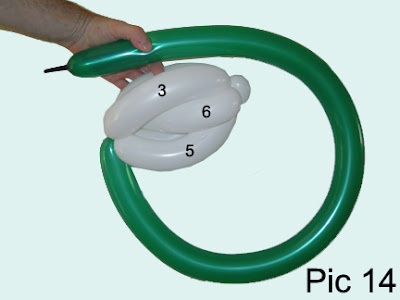 The end of the sixth bubble should protrude at the base of the flower and rest on the first and the second bubbles (Pic 15 and 16). 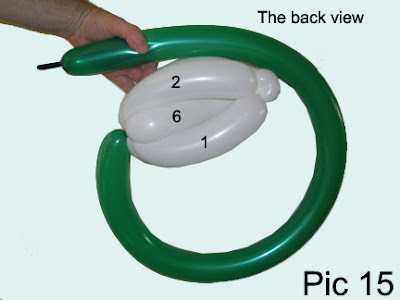 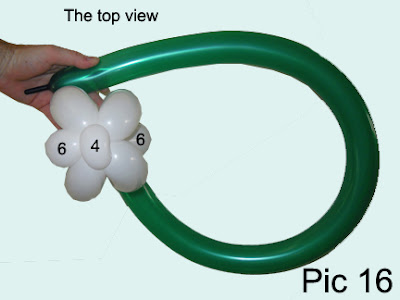 Fill the yellow balloon with air and tie off the end. Try to make it without a bubble (Pic 17). 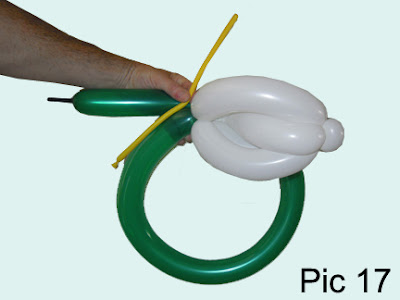 We can cut one yellow balloon on two parts and use it for two flowers (Pic 18). 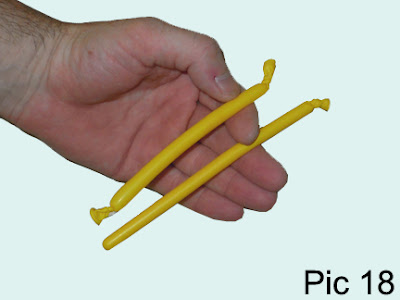 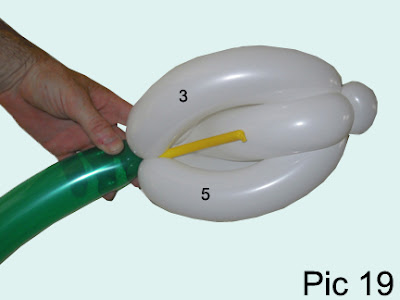 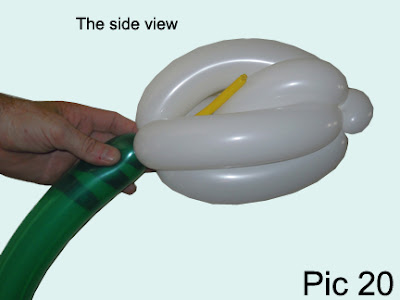 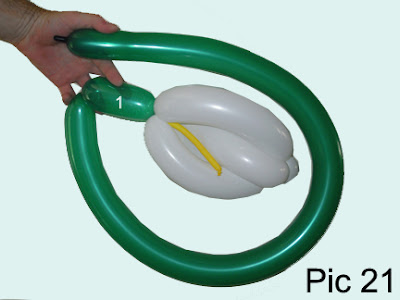 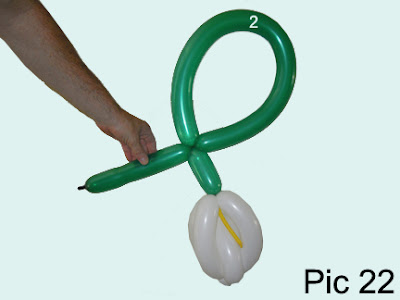 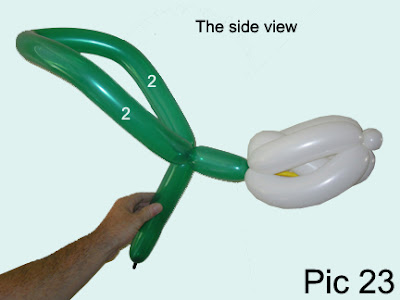 Force the first green bubble and the white flower half way inside of the loop of the second green bubble (Pic 24 through 27). Fix all bubbles in proper positions. Congratulations, we have made the flower. Hope it looks like calla lily. Also, as you already may noticed, I use bigger size pictures in this post than I usually use. How do you like it? Let me hear your opinion in comments. Have fun and happy twisting :) 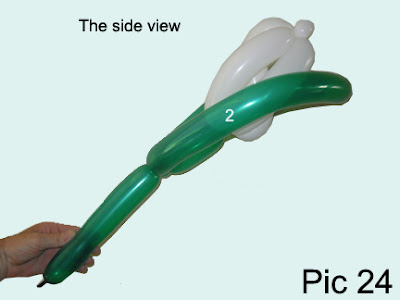 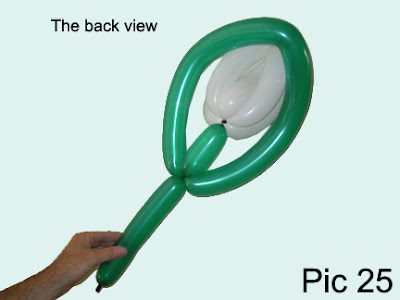 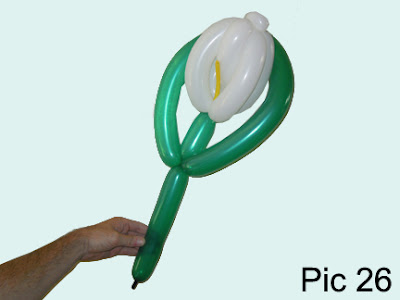 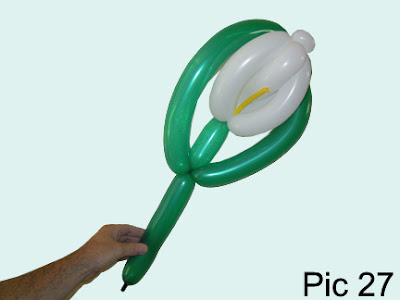 Posted by Michael Langerman at 11:51 AM
Email ThisBlogThis!Share to TwitterShare to FacebookShare to Pinterest
Labels: answers, flower